The Synchronist can control screens with sliders.

The Synchronist can control sliders with arrow keys after clicking them.

The Synchronist can force passage to next screen by clicking twice on the button.

The Synchronist will go back to first screen once the last one is reached.

The Synchronist was made in 3 days of simple Javascript by The Master Synchronist.

Well that was incredibly infuriating, though not in a negative way because of any flaws or such but because it's an incredibly creative and mentally challenging puzzle game. Probably the best game I've played out of the Jam. Every puzzle managed to offer some unique twist on how the puzzles work.

I do have several problems however. Firstly, the lack of sound. I very happily would have sacrificed a few of the puzzles for some form of sound. As great as it may be to solve a puzzle, I'm sure I would have gotten much more joy with just the simplest of sound effects. Additionally, given the nature of the game you probably could have done something really interesting with the music, have it tune in as you begin to solve the puzzle/

Secondly, the perfect precision that's required on some puzzles is ridiculous.

I cannot see anything being off there (if I remember correctly, it was the size, know for sure it wasn't the speed). All around the loop it looked perfect, and yet it somehow didn't match. A little leniency would have gone a long way into getting that "AHA!" moment rather than "oh, that's surprising" because I was off by less than is visible.

I stopped at around the double wavy dot puzzle to prevent myself from going mad.

Aside from the two above issues this is a great puzzle game. Good luck with scoring highly in the jam.

PS Was this inspired by simian.interface? I ask because it's quite a similar game (though I'd argue that this has more depth to it.)

I'm both glad you liked it and, erh, sorry you found it frustrating :]. I agree with you about the lack of sound, but I blocked on the "sound should be chiptune" rule, as I could not see that kind of music fit my game. Making the game in 3 days didn't help neither. About precision, yep there's an issue here I tried to arrange by defining sliders steps for each screen, but it sure can use some more tuning. But I have some ideas for the future!

Never heard of Simian Interface, but I just checked and now I want to play it!

What I loved most about your puzzle game is all the possible different ways the sliders work! It is not just about the placement of the red surfaces, but sometimes also about their movement, their shapes or even about the nature of the objects itself (the number puzzle at the beginning, for example). There were just a lot of great moments. <3 That's why I've recommended your game along with two more in our compilation article about the third Minimalistic Jam. In addition, one minute of gameplay can be seen in the accompanying video. :) Congratulations to making such a neat jam game!

Wow, thank you! This is so heartwarming, I'm very glad (and proud) you liked the game!

Congrats on the game, buddy.
It's definitely got a minimalist style (and controls), but also some really great and challenging puzzles and gameplay.
I found myself feeling really chuffed when I completed a couple of hard ones
(tho I must confess, I skipped that "horizontal" one - yikes!)

All in all another great puzzler from you - congrats and all the best with the jam! :D

Hey, thanks Paul! You're talking about those black horizontal bars I guess? Yeah this one is tricky, so here's a hint: thare are two horizontal ways for bars, but only one makes the screen doable. It might be better placed near the end, for difficulty progression. There's another player who managed to complete it but couldn't do it at first as she got it wrong and tried to follow the yellow bars... while the bars are black on yellow! Which is indeed an easy error to make, I didn't think about that.

Reply
Hyperlink Your Heart4 years ago(+1)

Wow, that's compelling. I got all but one, and I appreciated the ability to skip it! Great gameplay and colour choices - it's very rewarding when the pattern suddenly goes white! All it needs is some nice calm music and a sound for when you get the pattern synchronised. Maybe that is not important for this jam, but I am just a passer by so I feel like I can say it :P

Thanks Hyper! You're absolutely right about the music, but I couldn't imagine a music fitting the game feel , as the jam rules stated the music should sound like chiptune. Plus, no music meant more time for the game!

Reply
Hyperlink Your Heart4 years ago(+1)

ah no, chiptune would be all wrong. I think it needs some nice chilled out ambient or something.

Brilliant idea and it's a great game for all the perfectionists out there (although enjoyment may depend on whether you really like arranging things). Somehow I found the game easier to play in full screen mode, even though the frame is the same size. The sliders are really accurate, usually the right position is just a pixel away, so either a bigger screen or setting your mouse slower could make the game easier.

I'd like to invite your game to our contest, the Game Development World Championship, I think this could do very well in the jam games category at least.

Thank you! In case you missed some hints in-game (which can easily be done :D) you can press left & right keys after you clicked on a slider to be more precise. Wuld love to make a better scheme, but you know, jam time limitations... And I'm now checking your GDWC website for sure!

Reply
The GDWC4 years ago

Okay, I guess that's a handy feature. Thanks for checking the site! 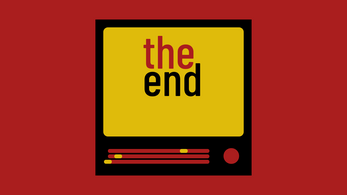 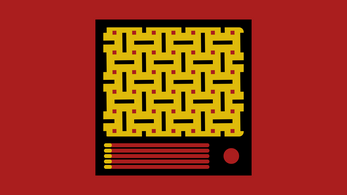 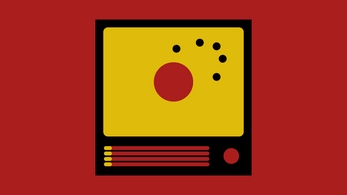 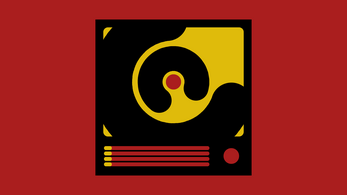